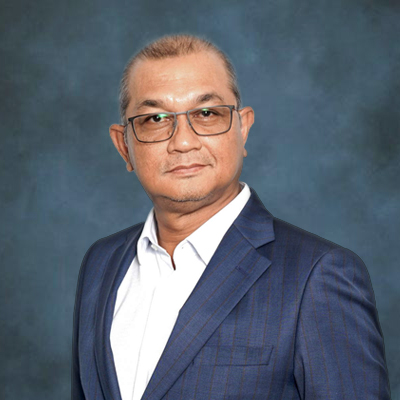 Hj. Lukman bin Abu Jari @ Abu Bakar was appointed to the Board of Iskandar Waterfront City Berhad on 10 September 2021.

He started his career as a Public Relations Officer at Universiti Teknologi Malaysia in October 1993 before joining the Johor Civil Service in June 1995. Throughout his year 21 years of career in the public sector, he has held posts as Assistant Director (Privatization), Johor State Economic Planning Unit (UPENJ), Secretary for Development and Chief Private Secretary to the Chief Minister of Johor, District Land Administrator of Kulaijaya and Deputy Director II (Macro & Privatization) in Johor State Economic Planning Unit (BPENJ).

His first foray into the private sector started when he was hand-picked to lead a State GLC, Permodalan Darul Takzim Sdn Bhd (PDT) as its Acting Chief Executive Officer on May 2014. He then officially took the helm as the Chief Executive in January 2017. Haji Lukman was instrumental in reenergizing PDT. Under his visionary leadership, PDT Group embarked into expansion and diversification, bolstering the Group’s worth to more than RM628 million from RM12 million eight years ago.

He does not have any family relationship with any Director or substation shareholder of the Company.