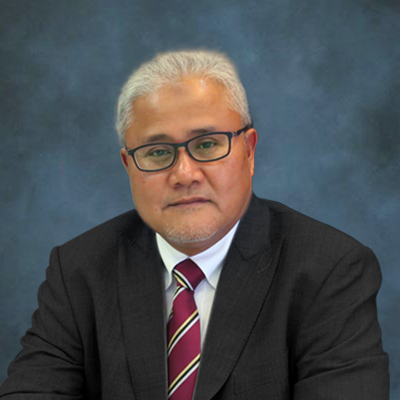 Dato’ HJ. Mohd. Noorazam Bin Dato’ HJ. Osman was appointed to the Board of Iskandar Waterfront City Berhad on 7 June 2018.

He joined the Johor Civil Service in May 1991 and was posted to Johor Bahru District Land Office as Assistant District and Land Administrator effective June 1991. In 1995, he became the Private Secretary to the former Chief Minister of Johor, Tan Sri Dato’ Haji Abdul Ghani bin Othman. Thereafter, he was assigned to be the Assistant Director of Johor State Economic Planning Unit (UPENJ). In 2003, he became Senior Assistant Director (Macro and Privatization) UPENJ until 2006, when he was promoted to the post of Deputy Director 1 in UPENJ. During the same period, he was also holding the post of Director (GM) of Syarikat Air Johor Holdings Sdn Bhd. In 2013, he became the District Officer of Kota Tinggi and subsequently the District Officer of Muar in January 2017 in November 2017 he was appointed as Chief Executive Office of Sports Johor Sdn. Bhd., a wholly owned subsidiary of Kumpulan Prasarana Rakyat Johor Sdn. Bhd. (“KPRJ”), primarily responsible for the development of sports in Johor and main organizer for SUKMA Johor 2020.

With effect from 5 June 2018, he holds the position Chief Executive Officer of Kumpulan Prasarana Rakyat Johor Sdn. Bhd., the first Johor Government Servant to hold such a post.

He does not have any family relationship with any Director or substation shareholder of the Company and has not convicted of any offences within the past ten (1) years other than traffic offences and has no conflict of interest with the Company.