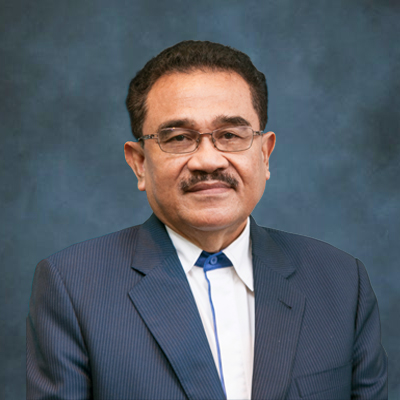 Dato’ Ayub was appointed to the Board on 3 March 2004 as Non-Independent & Non-Executive Director and was then re-designated as Independent Non-Executive Director on 28 January 2014. He graduated with a Bachelor of Arts (Hons.), Degree from University Malaya in 1970. He joined the Johor State Civil Service on 14 June 1970 and served the Land Administration for 17 years. His last post was Deputy Director of Land and Mines, Johor, 1982-1986.

He retired as the State Secretary of Johor. Upon his retirement in 2003, he was appointed as Development Advisor to the State Government. At the same time he was appointed as the Chairman of Cahaya Jauhar Sdn Bhd, a joint venture company between the State Government and UEM Land Sdn Bhd. The company was responsible for planning and developing ‘Kota Iskandar’, the New Administrative Centre of Johor in Iskandar Puteri.

Dato’ Ayub was appointed to QSR Brands Berhad and KFC Holdings (Malaysia) Berhad’s Board from 2011 till 2013. He also holds directorship in several private limited companies.

Dato’ Ayub does not have any family relationships with any Director and/or major shareholder of the Company.